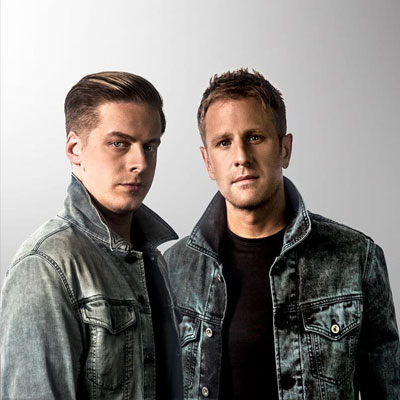 Formed in 2008 in Austin, Texas by Chad Cisneros and David Reed, Tritonal are one of the most successful US electronic music duos of the past decade, today counting nearly a billion streams across their discography comprising three artist albums, over 200 original tracks and remixes, including six Top 10 hits on the Billboard electronic chart.

Tritonal are also co-owners of record label Enhanced Music, which counts nearly 2000 releases since its launch in 2008. Dubbed “the label that delivers tune after tune” by Mixmag, Enhanced celebrated its 10 year anniversary in 2018 via the expansive ’10 Years of Enhanced’ compilation album.

The guys have headlined the world’s leading dance music festivals including EDC Las Vegas and Ultra Music Festival. Their weekly “Tritonia” radio show airs right here on HFM Ibiza, which you can hear every Monday at 6pm GMT/7pm CET/1pm EST.