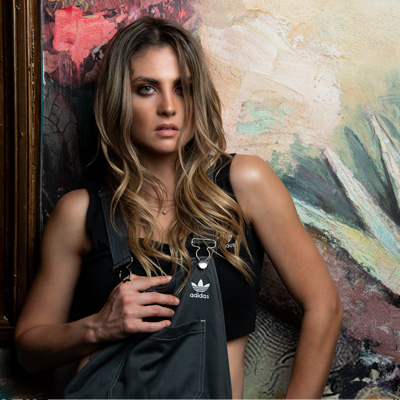 A fashionista with her own line of high end hand jewellery, Xenia Ghali is also a big room DJ, songwriter and producer.

Raised in Athens, Greece, Xenia began learning the piano at the age of five, then began picking up other orchestral instruments before focusing on pop and rock in her teens, when she learned to play drums and guitar. Attending college in London turned the multi-instrumentalist onto electronic dance music, after which she bought two turntables, began spinning House and thereafter all flavours of dance music.

Small gigs turned into medium sized gigs, then slots at Ministry Of Sound and Pacha Ibiza meant she was on the rise. Earning a masters degree in music production from NYU brought her to America, where she began recording demos. In 2014 she was signed to Pitbull’s Mr. 305 record label, and released the single “Broken” featuring Katt Rockell.