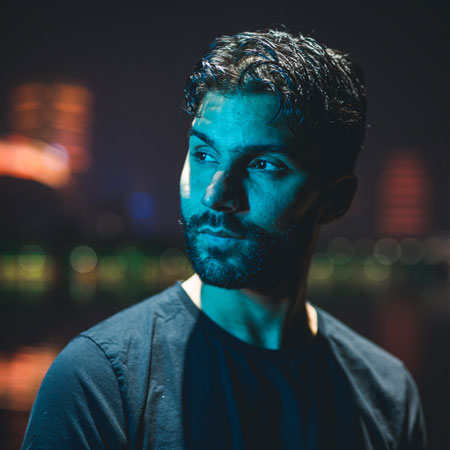 DJ and Producer R3HAB continues to take electronic music to unprecedented heights, recently being voted #12 in the DJ Mag Top 100 poll. A globetrotting talent hailed by the likes of Forbes and Billboard Magazine as one of the most iconic electronic artists, Fadil El Ghoul has spent the last few years garnering hundreds of millions of streams, while charging ahead on the global club circuit, all without a formal record label to lean on.

R3HAB’s debut album “Trouble” marked a major breakthrough upon release in the fall of 2017. Released independently, the album has gained over 500 million streams globally to date. With his second studio album “The Wave”, R3HAB continued to push the boundaries of dance music, racking up over 250 million streams in the first 4 months of release. Album tracks “Ain’t That Why”, “Hold On Tight”, “The Wave”, and “Lullaby” all shot into the Billboard Top 100 dance/electronic charts.

Alongside his success as a DJ and Producer, R3HAB also presents his “CYB3RPVNK” radio show each week here on HFM Ibiza, to a loyal army of global fans. Tune in every Sunday at 10pm GMT/11pm CET/5pm EST to hear his unique picks from the world of dance music.