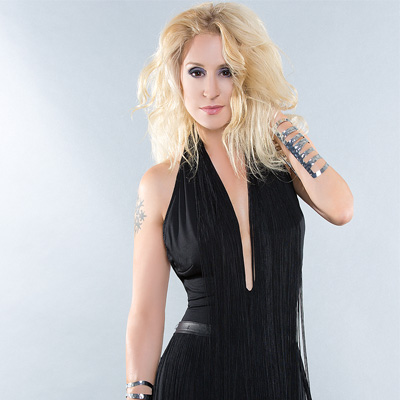 JES is an award winning songwriter, vocalist, DJ, producer, radio personality, and label head. A native of New York City, JES emerged as an in-demand dance music vocalist, lending her powerful voice to Motorcycle’s 2004 massive dancefloor hit “As The Rush Comes”. This success led to a record deal with Tiësto’s Black Hole Recordings, and a prolific solo career was launched.

In 2015 she launched her own record label Intonenation Records, with the intent to promote and develop new talent. The label’s inaugural single “Hold On” featuring JES and Shant & Clint Maximus, took home a Grammy nomination. The year 2017 brought further success, with JES collaboration with Cosmic Gate titled “Fall Into You” filling the club dancefloors, along with the announcement of an upcoming alternative pop EP.

JES now presents her own Unleash The Beat radio show weekly on HFM Ibiza, which you can hear every Thursday at 8pm GMT/9pm CET/3pm EST.