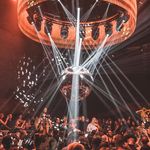 The summer season came and gone for many of Ibiza’s venues, but Club Chinois was able to extend the party well into October.

Formerly known as Heart Ibiza, Club Chinois opened its doors on the White Isle earlier this year with smashing success. Launched by the team behind Park Chinois, one of London’s most iconic and luxurious Asian restaurants, the venue is located in the Ibiza Gran Hotel and lit up the island’s nightlife sector throughout the summer.

Club Chinois became one of Ibiza’s most exciting destinations for intimate techno, Afro beats and house music. The high-octane hotspot undoubtedly managed to penetrate the island’s world-renowned clubbing scene, recently tying a bow on a momentous debut season with an explosive final stretch of events and parties.